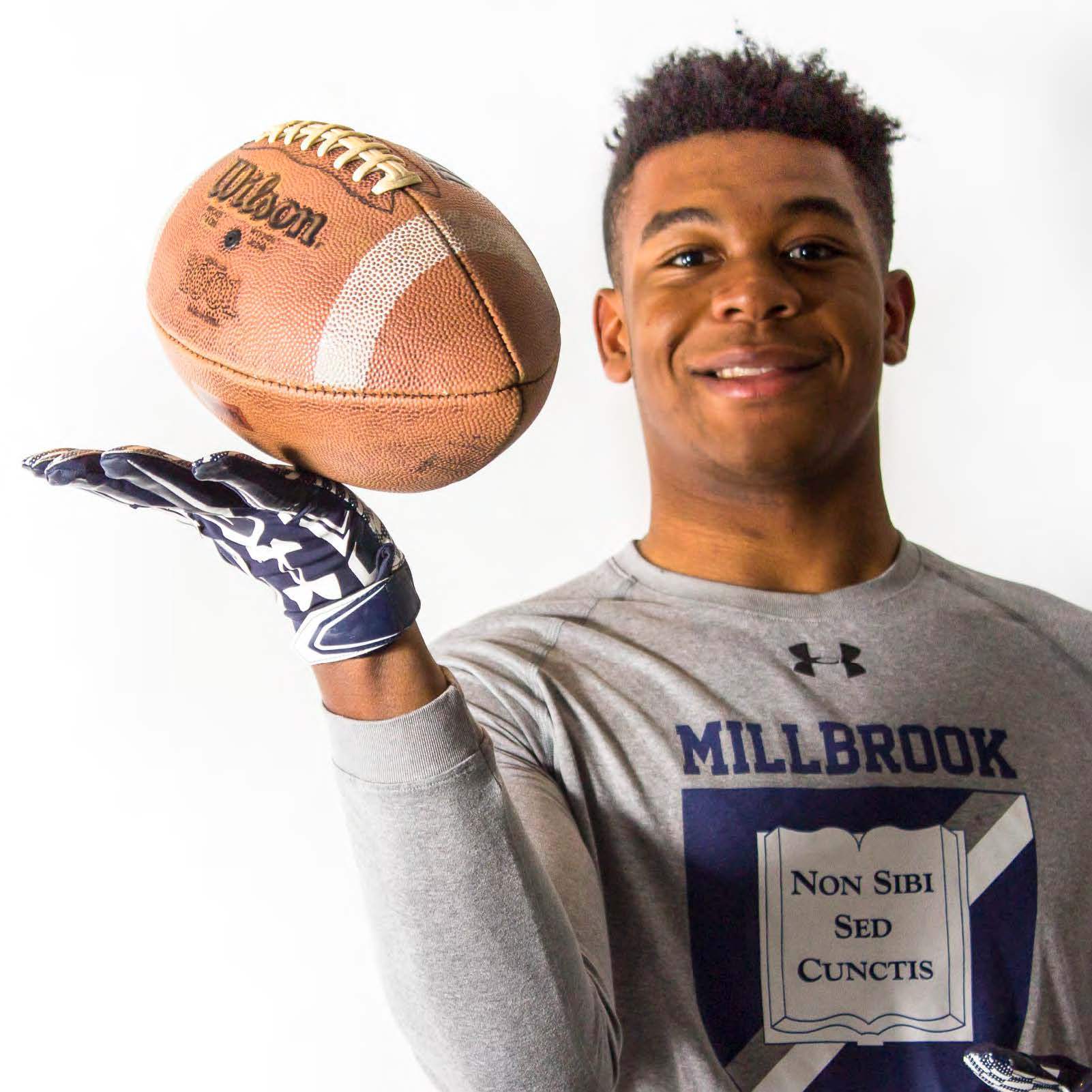 TAKEOFFS AND TOUCHDOWNS
Case Western Reserve University
As captain of Millbrook’s inaugural 8-man football team in the fall of 2016, Tahrieq logged such an impressive season he was named Defensive MVP. His performance on the field further landed him a spot as an inside linebacker on Case Western Reserve’s football team. Tahrieq loves football, but he is even more excited about the opportunities he will be able to pursue in their aerospace engineering program. He’ll surely take advantage of every other opportunity to get involved, because that is his nature. As a four-year student at Millbrook, Tahrieq was an integral part of every facet of school life. He was an avid potter and built a portable pottery kick wheel so he could explore his creativity wherever he was inspired. Wanting to move out of his comfort zone, he spent his Vth form year studying in China and becoming fluent in Mandarin. Yet his presence on the Millbrook campus resonated so strongly that faculty awarded Tahrieq the Founders’ Prize that year and chose him as a dorm leader upon his return. We have no doubt that Tahrieq will remain a leader with a big heart (and a big smile) as he puts 110% into all of his college experiences.
131 Millbrook School Road, Millbrook, NY 12545
T. (845) 677.8261  |   F. (845) 677.8598