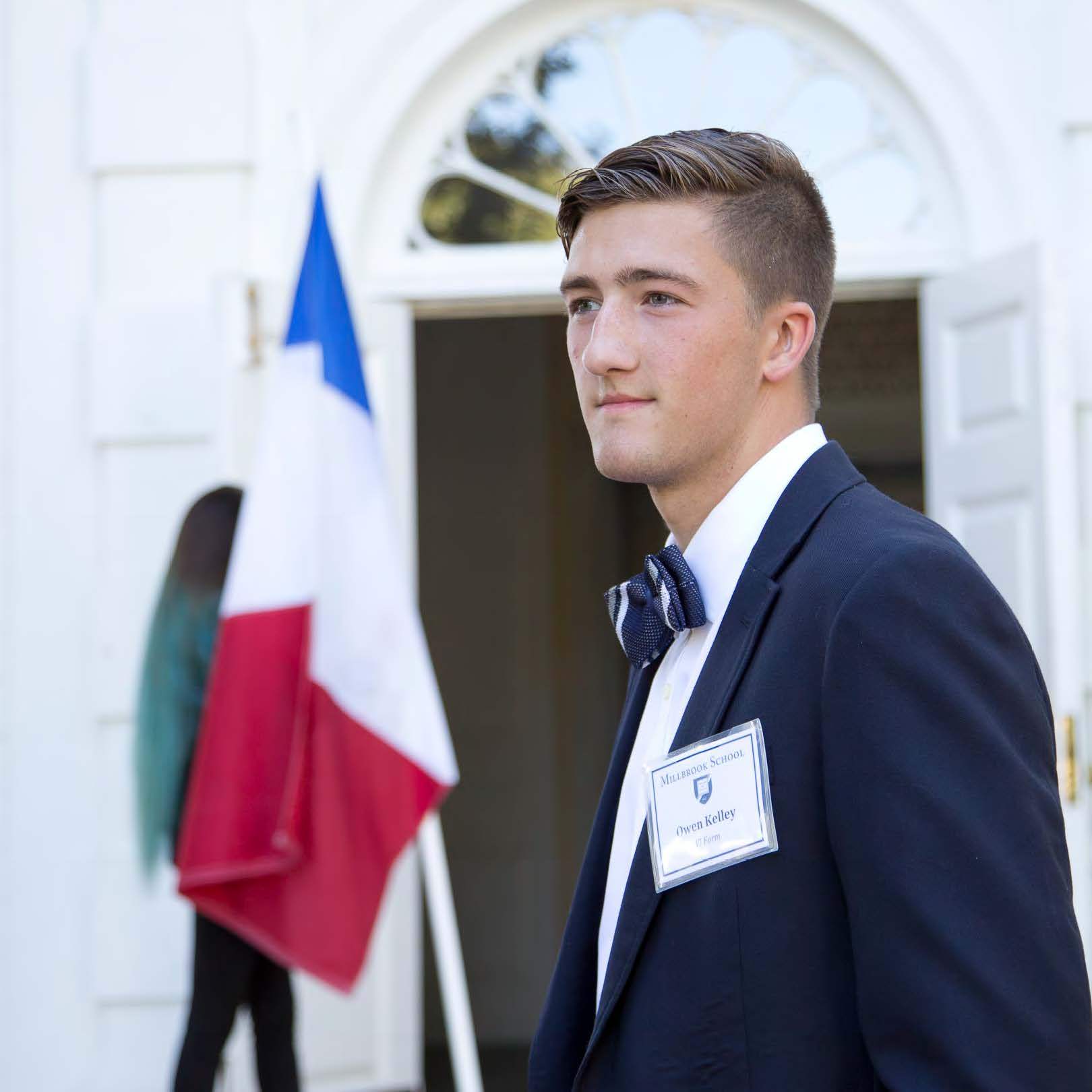 CONFIDENTLY CURIOUS
Rhodes College
Moving out of his comfort zone, trying new things, and never questioning decisions based on what others thought of him—these are the lessons Owen learned during his four years at Millbrook. This explains why he was able to pivot 180 degrees his Vth form year, stepping away from hockey to land a leading role in the school musical. Owen takes that same level of confidence and curiosity with him to Rhodes College in Memphis, Tennessee, where he intends to fully involve himself in the things he loves. He is eager to explore a school in an urban environment and programs that place familiar emphasis on community and service. Owen hopes to make the same types of connections and lasting relationships with his peers and professors that he was able to develop at Millbrook; specifically, he hopes to find a teacher, like Mrs. Clizbe, who will embrace his colorful personality and curiosity.
131 Millbrook School Road, Millbrook, NY 12545
T. (845) 677.8261  |   F. (845) 677.8598